What Is My Biggest Concern about the Jewish World Today? 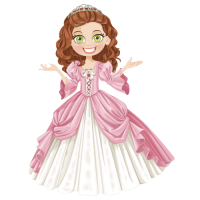 I am aggrieved that we are so fractured and so far from the sense of unity we should feel. The Jews started as a family. For his loyalty, Abraham our forefather was promised that his descendants by his wife Sarah would number more than the sands of the seashore. We are meant to retain our sense of kinship with one another, no matter how large our tribe gets. Admittedly, we have sometimes brought our disunity upon ourselves by watering down what it means to be a Jew until the definition has been rendered meaningless. No wonder the Jewish world is riven with dissent!

The Sages had a way of identifying “Who is a Jew?” According to the Talmud, a Jew is distinguished by the three traits of bashfulness (as opposed to brazenness), compassion, and benevolence. Note the absence of mention of designer clothes, cars, or advanced degrees. If a purported Jew didn’t have these classic Jewish qualities, Sages considered it legitimate to question his or her pedigree.

To those who accuse me of racism, I can only plead guilty. I love my people and I know they are special. I also know that their specialness is a gift not to be used for self-aggrandizement, but for bringing holiness and blessing to themselves and the rest of the world.